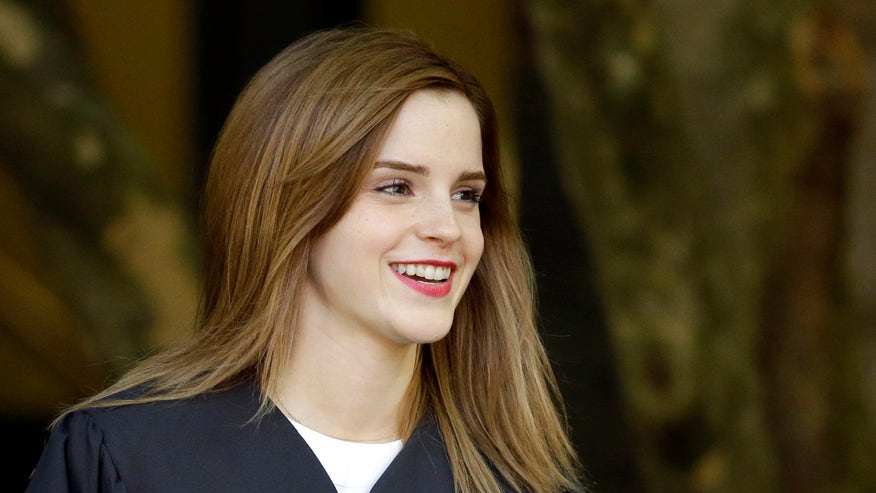 May 25, 2014. Actress Emma Watson walks between buildings following commencement services on the campus of Brown University, Sunday, May 25, 2014, in Providence, R.I. The actress, best known for her role as Hermione Granger in the Harry Potter movies, graduated with a bachelor’s degree in English literature from the Ivy League university.The Associated Press

A Brown University rep says he is unable to answer questions about why Emma Watson had an undercover armed guard with her during graduation ceremonies.

The 24-year-old British actress best known for her role as Hermione Granger in the “Harry Potter” movies graduated from the Ivy League university in Providence on Sunday.

She was photographed sitting and walking next to a woman who was wearing a cap and gown. Other photographs showed the same woman without a cap and gown, with a holstered weapon and a badge.

Providence Police Chief Steven Pare says the woman is not a Providence officer.

When asked if she was a campus police officer and why the guard was necessary, Brown rep Mark Nickel said on Tuesday he was unable to help.

Previous: ‘X-Men: Apocalypse’: Everything We Know About The ‘Days Of Future Past’ Sequel
Next: Speed queen Lochsong dies