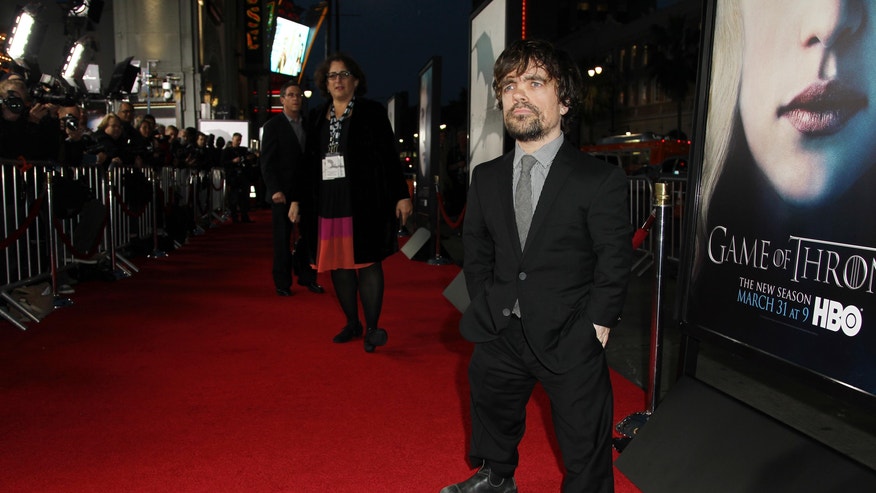 Cast member Peter Dinklage arrives at the premiere for the third season of the HBO television series “Game of Thrones” at the TCL Chinese Theatre on Monday, March 18, 2013 in Los Angeles.AP

Like it did with the “True Detective” finale, HBO Go’s Twitter account acknowledged the technical problems. “Looks like there’s trouble in the realm. Apologies for the inconvenience. We’ll be providing updates, so please stay tuned. #GameofThrones,” it tweeted. That was followed by, “Having trouble accessing @HBO GO? Send a raven. @GameOfThrones will be available soon on HBO On Demand with some cable providers.”

“We’re investing in HBO Go,” he said. “That’s good news for those of you that tried to watch ‘True Detective’ last week… we want to make HBO Go stronger.”

Previous: ‘Godzilla’ Extended Trailer Has Monsters On Monsters
Next: Scarlett Johansson in Glamour May 2014: I Associate "ScarJo" With Pop Stars… It Sounds Tacky