‘Game of Thrones’ recap: Bloody battle a bore, another character bites the dust 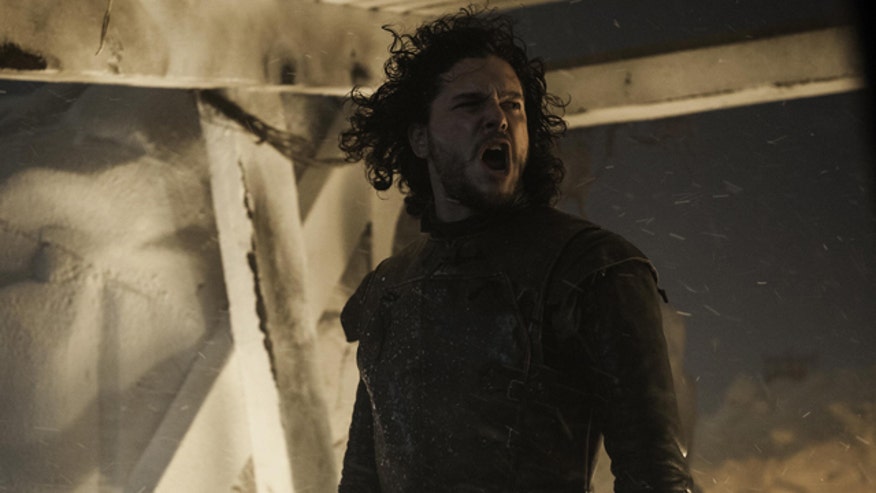 Historically, the ninth episode of the season is a big one for “Game of Thrones”. Ned’s beheading, the battle at Blackwater and the Red Wedding were all featured in the penultimate episode of their seasons, making expectations for “The Watchers on the Wall” impossibly high. Maybe it’s because fans are still reeling from last week’s shocking ending, a classic “Thrones” twist, but this hour just didn’t pack the same punch.

It opens with Sam and Jon discussing the upcoming invasion. Sam’s curiosity about Ygritte gets the best of him and he forces Jon to do some reminiscing about his spurned lover. Sam laments the loss of Gilly, sure he’s responsible for her and her son’s demise. Which makes it especially sweet when she shows up at the gate with her baby, begging to be let in. Sam promises he’ll never leave her again, storing her in the basement at Castle Black, just minutes before the wildlings are about to attack. Gilly begs Sam not to leave again and he promises he will return, sealing the deal with a long awaited kiss. By episode’s end both Jon and Sam reunite with their love interests, though only one woman lives to tell the tale.

Ygritte’s been whittling arrows, dreaming of her chance to kill Jon Snow, leading some of her army to question whether or not she’s all talk. By the time they storm the wall, she’s a woman on a mission. She takes out Crows left and right, mercilessly killing anyone who crosses her path. She pauses when she spots Jon engaged in a brutal fistfight with Styr the Thenn. Throughout the battle he’s shown great leadership, taking charge of the men, protecting the wall, assigning his brothers tasks to keep the intruders out. The fight with Styr is bloody, brutal, and ends with Jon spitting blood in his opponents face before burying a hammer into his skull.

That’s when his eyes meet Ygritte’s. She has her crossbow aimed at him, a perfect shot, but it’s immediately clear she would never be able to fire at her ex. Before either can get a word in, the young boy who’d survived Ygritte’s earlier attack shoots an arrow straight through her heart. Ygritte dies in Jon’s arms, but not before uttering her famous catchphrase “you know nothing Jon Snow.”

The Night’s Watch has won the battle, but Jon reminds them they hadn’t won the war. At episode’s end, he decides to take off alone to kill Mance Raider, hoping that eliminating the leader will stop the attacks. The screen fades to white as Jon Snow heads into the unknown, ending with more of a whimper than a bang.

So where did the episode go wrong?

The battle itself was impressive but it lacked heart. Sure, viewers love Jon Snow and even Sam, but many of the other members of the Night’s Watch are fairly forgettable. Visually, it was impressive to watch many of them be massacred, attacked by everything from flaming arrows to monstrous giants and wooly mammoths. Blood splattered everywhere as throats were cut, men from both sides were impaled, and a massive fire burned in the distance.The CGI was some of the most expansive and impressive on the show to date, but special effects mean little when so many of the characters are merely cannon fodder.

There were two standout moments. The first was Ghost finally being let out of his cage. It was gratifying to watch Jon’s direwolf tear out the throats of the monsters and men who have been responsible for so much of this season’s violence. The second came from a Grenn and a group of Crows guarding the gate under Jon’s instruction. The men watch in horror as one of the giants begins to lift open the outer gate and crawl under. As fear sets in, one of the men attempts to retreat, but Grenn stops him. They begin to chant the Night’s Watch oath as a colossal giant barrels down the corridor, heading straight for them. We find out later that the men didn’t survive, but they did manage to kill the giant, keeping Castle Black safe (for now).

It was a risky move to exclusively feature the less popular characters of Castle Black, and while it was certainly satisfying to watch Jon and Sam come into their own, it pales in comparison to season two’s ‘Blackwater’.

With only one episode left, does ‘Thrones’ have time to deliver another stunning twist that will keep fans talking until season five?