Jason Aldean steps out with Brittany Kerr at CMT Awards 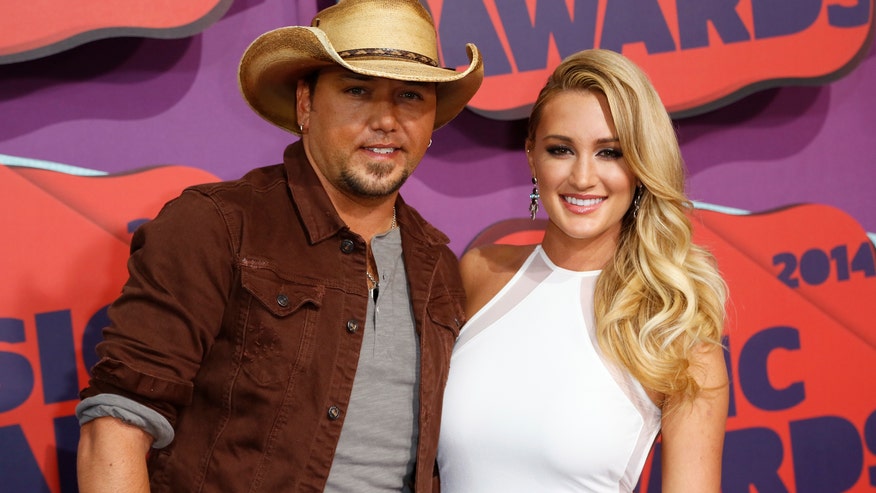 The country star walked the red carpet at Wednesday night’s CMT Awards holding hands with Kerr and the pair posed together for pictures, Us Weekly reported.

About a year ago, Aldean filed for divorce from his wife Jessica Ussery. His marriage to Ussery crumbled after photos surfaced of Aldean kissing Kerr in Sept. 2012.

When the photos were picked up by the media, the singer apologized to his fans on his official Facebook page. He implied that the incident with Kerr was simply the result of too much drinking.

“The truth is that I screwed up. I had too much to drink, let the party get out of hand and acted inappropriately at a bar,” Aldean wrote in October 2012. “I ultimately ended up embarrassing my family and myself. I’m not perfect, and I’m sorry for disappointing you guys.”

He filed for divorce in April 2013 and in March 2014, his rep confirmed he and Kerr, a former “American Idol” contestant, were an item.

Aldean has two children with Ussery.

Click here for more pics of the couple from Us Weekly.

Previous: Alice Cooper ‘was throwing up blood’ before he conquered his demons
Next: ‘Fault in Our Stars’ actress Shailene Woodley explains why she’s always giving out big hugs