Katie Price mistakenly appears live on air without make up, running into studio

Katie Price was live on air without make up while she ran into the Good Morning Britain after getting late due to dense traffic on her route to the studio.

Apologizing for getting stuck in traffic and being late for the live morning news show Katie discovered she was live on air.

She was to appear with mum Amy, but Piers Morgan and Susanna Reid filled up the time with their extended previous interviews and the ad breaks too were given some extra tie.

Piers jockingly said, “We’re going to keep this going because Katie Price is supposed to be here with her mother but is stuck in traffic, this is slightly chaotic.”

Susanna claimed Katie was stuck in traffic and next Piers suggested to probably call her in the car.

The two revealed Katie is stuck on the Westway and there is half chance she might arrive to the studio on time.

Katie thereafter was seen running into the studio in her trackies and without any make up. She was clueless things are live on air.

She discovered turning to the cameraman that she was live. She said, “we’re not live are we?”

She was told the camera is roling. She exclaimed, “You’re lying, are we really?”

The show was to talk about Amy’s health battles with progression of idiopathic pulmonary fibrosis, which is an incurable lung condition.

Amy is currently living in Spain believing warm weather is beneficial to her. Her flat is by the sea there.

Previous: What to do in the Event of a Car Crash
Next: Anemia Study and Older Adults 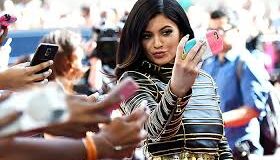 3 Gift Ideas for Your Celebrity-Obsessed Friend 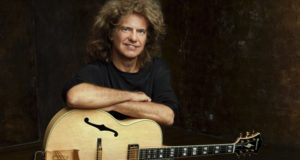 Pat Metheny – Art of the trio