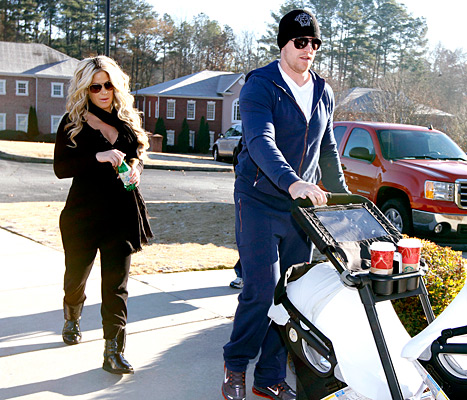 Kim Zolciak busted out during an afternoon stroll with her husband Kroy Biermann on Friday, Nov. 29, showing off her already slimmed-down figure while keeping her newborns hidden. The former Real Housewives of Atlanta star gave birth to twins Kaia and Kane four days earlier on Nov. 25.

During the Lawrenceville, Ga., outing, Zolciak, 35, wore all black as she strutted in matching boots, pants, and a cleavage-baring top. She walked next to her 28-year-old husband, who took charge of the baby stroller.

“We are officially the ‘Biermann Bunch’ now!” the blonde stunner wrote via Instagram after delivering. “Guess what?!!! The twins have arrived! We welcomed first a baby girl and second a handsome little boy! They are both healthy and Kroy and I are so thankful!!”

Shortly after, she also shared (and explained) the names of her new bundles of joy. “Girl: Kaia Rose (after ‘psychic’ Rose who is like a grandma to me and been a huge part of my life for 13 plus yrs) also the twins were born on Rose’s birthday!”

She added: “Boy: Kane Ren (Ren after my OBGYN who has delivered 5 of the 6 kiddos, who has also been a big part of my life for 12 yrs and we simply adore him).”

Zolciak and the Atlanta Falcons defensive end married in November 2011. They are already parents to sons KJ, 2, and Kash, 12 months. The Bravo reality star is also a mom to daughters Brielle, 16, and Ariana, 12 from previous relationships. (Biermann adopted them in July.) 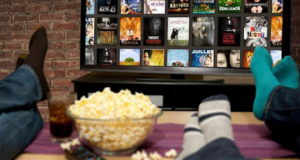 How to Enjoy Iconic Television Shows Even More

Doctor Who – History of The Daleks 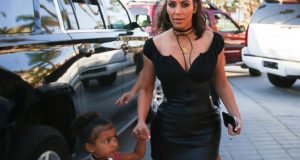