As the economy continues to waver, large flower bouquets or diamond jewelry may be an alarming gift consideration. A good way to combat overindulgent spending this year would be to stay in bed and enjoy a few romantic films with your beau, your animal companion or simply by yourself.

Movies Not to Watch on Valentines Day

Many movies claim to be romantic, but often fall short of providing warm and fuzzy feelings. Some romantic films are entirely overdone or have been viewed so many times the metal of the DVDs are warped. Some people even encourage horror movies to people who care to snuggle. A serial killer stalking prey doesn’t seem like such a good idea for a night of affection. With these considerations in mind, it’s also often worthy to step outside the modern Hollywood cinema and take a look back at some classic films for your viewing pleasure.

Most know of the many Meg Ryan and Tom Hanks films such as Sleepless in Seattle, Joe Versus the Volcano and You’ve Got Mail. However, it is less well-known that You’ve Got Mail was based on the 1940 James Stewart film The Shop Around The Corner. The film has primarily the same premise as You’ve Got Mail. Boy and girl dislike one another on the surface, but have fallen in love unaware through their mail correspondence. For a night of love flicks, this is a very good way to begin.

A funny, zany film is always a nice respite from the ordinary mushy love stories. To temper the saccharine, dive into 1934’s It Happened One Night. Clark Gable stars as a reporter attempting to get a juicy story and Claudette Colbert as a runaway heiress. Despite initially bickering, they fall in love. Humorous and charming, this film is delightful.

Another comical film with warring lovebirds is 1937’s The Awful Truth starring Cary Grant and Irene Dunne. Grant and Dunne are a married couple on the verge of divorce and remarry. These plans go awry as each challenges the other in finding and proceeding with another love. This movie will definitely inspire a long lasting commitment.

Previous: Where to Buy German Food on the Internet
Next: Trump cancels trip to American cemetery in France citing bad weather

September Affair, a radical romance for 1950 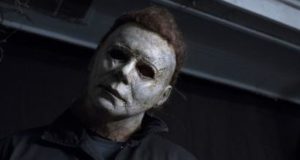