Calvin Harris is canceling his two gigs. He met a car crash in Los Angeles and is injured. He is hospitalized and reports suggest he is recovering.

According to police spokesperson the 32-year-old Scottish DJ. Harris was in his SUV when a Volkswagen Beetle car crashed into hhis after hitting the center divider on a narrow canyon road. The Beetle had several people in it and was being driven by a teenage female driver.

The spokesperson added Harris has suffered a cut to the nose and now is being shifted to a local hospital.

The female driver was not wearing seat belt and was ejected out of the car. She is being treated for a broken pelvis. It is not yet known whether any other people have been injured too in the accident.

Representative of Harris said he was a passenger in a vehicle that was hit by the VW Beetle car. He has sustained several injuries but is recovering.

The rep added, “As a result he was not able to perform in Las Vegas at his OMNIA [nightclub] residency and will be unable to perform tonight at Hangout Festival in Gulf Shores, Alabama,”

The real name of Harris is Adam Wiles.

Are you fan of DJ. Harris? Do share your views about the accident with fellow readers in the below given comment box. 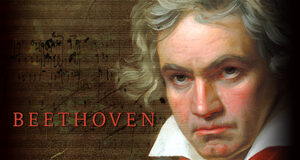